The Benefits of Emotional Intelligence in the Workplace 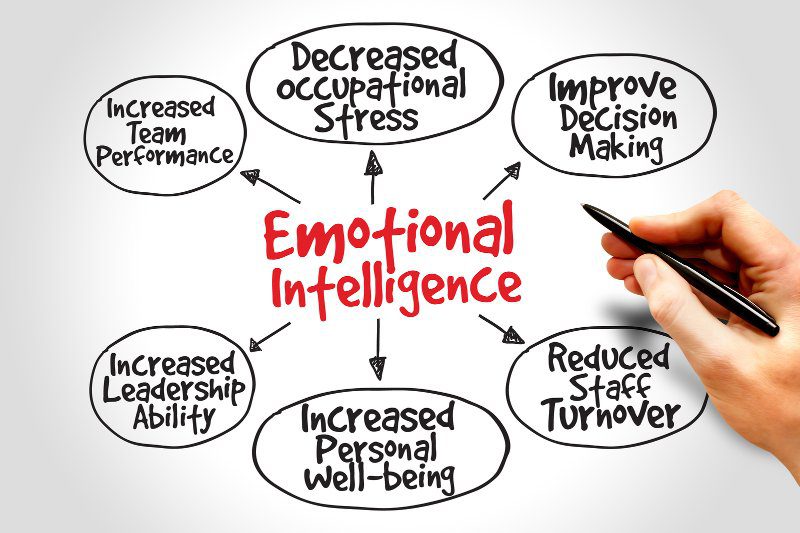 An employee with low emotional intelligence can negatively impact a workplace and their team members leading to poor morale.

Examples of low emotionally intelligent behaviour include; not being able to take critical feedback, laying blame on other staff, passive-aggressive comments, giving opinions that are not relevant or not valuable to the company or wider team and playing the victim when they may not be one at all.

In management, those with low emotional intelligence exhibit the same traits, but can also be leaders who do not listen to the recommendations of the staff that they manage and become out of touch with those that they lead.

Employees who possess high levels of emotional intelligence are much more self-aware. In the workplace this translates to an employee who understands their own strengths and their own weaknesses in addition to how their actions could affect their team members. Self-aware employees are also better equipped to handle constructive criticism and learn from their mistakes.

An employee with high emotional intelligence can also reveal and control their own emotions to team members, as well as be in a position to exercise restraint when it is needed. This shows a clear ability to self-regulate.

Emotionally intelligent people are also self-motivated, but they are not motivated by money or a title alone. They are also motivated by an internal larger ambition and as a result, when they encounter disappointment, they possess the ability to be optimistic and resilient in the face of this disappointment.

An empathetic employee is an employee who has compassion and understands human nature. This allows them to connect with their team members and peers on an emotional level. Having empathy is a sign of high emotional intelligence and means that employee is able to respond genuinely to any of their colleagues’ concerns.

Another sign of emotional intelligence can be found in an employee’s skillet. Specifically, their interpersonal skillet, otherwise known as people skills or soft skills. This allows them to build a rapport and trust quickly and effectively with their colleagues. It also means they generally will look to avoid any internal power struggles or backstabbing behaviour within the company that they work for. It is often found that employees with this skillset command the respect of others around them and have the ability to influence them.

67% of all competencies that are determined as being absolutely essential for high performance in the workplace are related to emotional intelligence. Studies show that leaders who have higher levels of emotional intelligence are also more likely to be profitable. This is certainly the case for some of the world’s best known CEOs. Jeff Bezos of Amazon for example is known to be obsessed with getting into the hearts and minds of Amazon customers. He openly discussed this on YouTube when he was announcing Amazon’s acquisition of Zappos in 2009. Howard Schultz of Starbucks is well known to love the company and its people. He shows this by offering his employees generous healthcare benefits. He is said to attribute this to the fact that his father lost his health insurance when Schultz was a child.

I am a Genos Certified Emotional Intelligence Practitioner and an Award Winning Business Coach. If you would like to learn more about emotional intelligence and its benefits in the workplace book a call with me now.