Do You Feel Guilt as a Modern Mother? 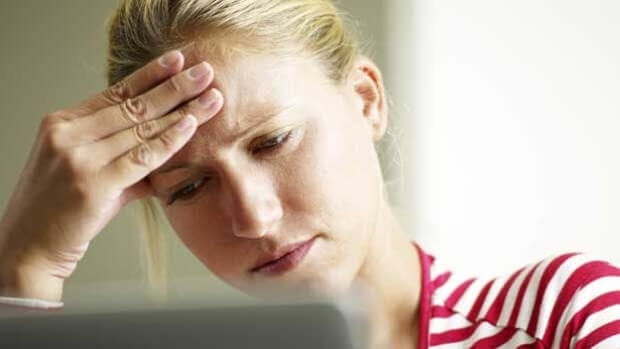 Do you constantly struggle with allocating time to yourself and feeling guilt? Are the demands made on time and energy by work and domesticity sometimes overwhelming?

The professional role can be overwhelming because of what work requires. On arrival at home, after a busy working day, women often feel overwhelmed by how much has to be done “domestically” in the care of the family. When the weekend comes around, women commonly feel guilt for not spending sufficient quality time with their children. These feelings arise while feeling that this would be impossible to achieve given the simultaneous demands made to create a harmonious and “clean” household.

This guilt is the focus of this discussion.

Such feelings of guilt about not spending quality time with children. The state of the house. Not attending the childrens’ sporting events, theatrical productions, award ceremonies. Forgetting appointments and lunchtime meetings. Looking untidy. Not earning enough income….. This list goes on and on and can become a cause of negativity in your life. Eventually these feelings can result in mental illnesses such as stress, anxiety and depression, to name a few.

Women frequently experience feelings of guilt about taking time out for enjoyment, and to take care of themselves. It is essential to do this in order to relieve stress. Remarkably large amounts of time are spent by women on nurturing others – listening to the woes and disappointments of children and friends, the bad days, and the distresses – whilst no time is spent on themselves. Physical tiredness, mental exhaustion, and often resentment is the result. As mentioned, this can be highly detrimental to mental health.

Claire Buck assists clients with issues relating to life-work balance and letting go of such destructive feelings of guilt that can result in feelings of hopelessness.

How have things changed?

Half a century into the past, parenting was quite a different matter. Today we are far more focussed on getting it right. We fear that if we don’t get it all right – birthing, feeding, play, nutrition, school selection – then we might be damaging our children. The modern likelihood that women return to careers as breadwinners taken in tandem with this pressure just piles the pressure on further. With the overwhelming feeling that comes from this unrealistic, perfectionism comes the necessity to relieve it. Taking a break, however, often results in further feelings of guilt. Women will often then distract themselves from such feelings of guilt by engaging in a constant cycle of doing in order to feel productive and useful. This process forgoes focus on their own needs and often results in burn-out.

It is not possible to rid yourself entirely of feelings of guilt, but its negative effects can be reduced. It is possible to take oneself out of the cycle. This is where Claire Buck can help. Claire works with the DISC Personality Profiling system.

DISC is an acronym for the four personality groups which are represented by the letters: D.I.S.C.

DOMINANCE – People with ‘D’ personalities are assertive, driven and self-confident. They may be forceful and direct because they are focussed on getting immediate results.

INFLUENCE – The ‘I’ style of people are enthusiastic, talkative and optimistic. They are friendly and make great communicators but can sometimes be impulsive and disorganised

STEADINESS – S’ style people are good listeners and make great team players. They are practical and have a calm approach but may be over-accommodating or indecisive.

CONSCIENTIOUS – Those who fit into the ‘C’ style are reserved, precise and cautious. They like to analyse things carefully but often overthink things and can be overly critical.

In identifying individual personality profiles, Claire works to predict the likely behaviour of clients. Within the context of their stressful, highly pressured and often unnecessarily guilt-ridden lives she can help. The tendency amongst working mothers to become trapped in a cycle of feeling guilty – and of never taking time out to nurture themselves rather than others – is one that Claire has the expertise to relieve both from a rational/work-life balance and spiritual perspective. A holistic approach such as this accommodates all facets of ourselves. No aspect is left out.

If you are a working mother at risk of burning yourself out because of a cycle of guilt – nurturing and, indeed, rescuing others at the expense of your own well-being – Contact Claire now for a free 45-minute discovery session.